We Belong took the kids on a beach trip last month. We all had so much fun!

I’m sure most of you are aware of the terrible events unfolding in A’stan. One of the “A” women whom I’ve known for a few years has a sister who just escaped on foot three weeks ago with her two small children. She is now hiding out in Turkey, and I am trying to help her. I was given the contact info for a lawyer who helps relocate refugees, but although I’ve been attempting to reach her for almost two weeks, I have not received a response. If anyone knows where I should turn next, please let me know!

END_OF_DOCUMENT_TOKEN_TO_BE_REPLACED

It’s a sunny Spring day here in Portland, and as you can see from the photo, Spring is beautiful in this city. Our last update was at Thanksgiving and so much has changed since then: seasons, presidents, the Covid and political situation, just to name a few. We hope this letter finds you well with the Lord and anticipating the celebration of His victory over sin and death!
END_OF_DOCUMENT_TOKEN_TO_BE_REPLACED

Happy Thanksgiving from the Storments!

Happy Thanksgiving!
We know that 2020 has been a difficult year and holiday celebrations may be looking a little different for a lot of us. We hope that you are still able to find something to be thankful for this year, not least of which is Jesus, who remains good despite the chaos we may encounter in our lives. We are so thankful for the hope that we have in Him. END_OF_DOCUMENT_TOKEN_TO_BE_REPLACED

Exciting News from the Storments! 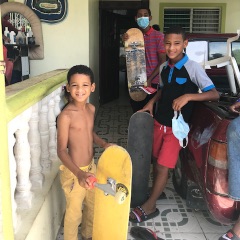 Despite complications and having to get tested for Covid-19, we were able to travel to the DR in August, pack and sell or give away almost everything, and say our goodbyes.

It was a hard trip, but also so good. We were able to find most of the kids we’d developed relationships with over the last 3 years and give them the skateboards we had used in the skateboard ministry. It was such a delight to see their joy. END_OF_DOCUMENT_TOKEN_TO_BE_REPLACED

We have big news.

After wrestling with the decision for some months, it has become apparent to us that the Lord has been shutting doors for us to continue ministry in the Dominican Republic at this time. Although this was a very difficult decision, all of our kids are happy that we are staying in the US, which was a confirmation of what we felt God was telling us.

For now we are moving back into our house in Portland. We plan to continue in ministry here, both with refugees and Spanish speaking people groups, as well as Skatechurch in Portland. We invite you to continue partnering with us in ministry, if you feel led to do so. However, our support level is not at an adequate place to allow for both of us to be in full-time ministry, so Ben is looking for employment to supplement our income.
END_OF_DOCUMENT_TOKEN_TO_BE_REPLACED 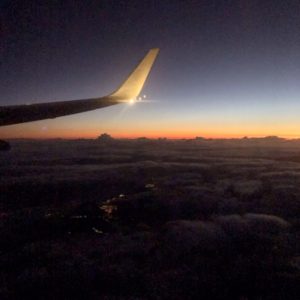 We left the Dominican Republic in a whirlwind.

On Monday evening, March 16th, we received the news that Jolie’s school was canceled and would now be online. This came on the heels of several days of realizations that all of our ministries were going to become impossible due to the shutting down of everything.

The next morning we spoke with the directors of our mission agency, who urged us to come back to the US as soon as possible. We proceeded to purchase plane tickets to leave the DR less than 48 hours later. That same day the Lord provided someone to stay in our house and care for all of the pets.

That evening we went to some Dominican friends’ house to say goodbye and learned that the Dominican president had announced a country-wide quarantine and that the borders would be closing at 6am on Thursday morning. Our plane was scheduled to leave at 6:10. We spent an hour and a half waiting to speak to the airline, to find out whether our flight was to be canceled. They assured us that because it was an international flight, we’d be boarded on the plane and the doors would be closed 15 minutes prior to take-off. That would leave us with 5 minutes to leave the country before its borders closed! END_OF_DOCUMENT_TOKEN_TO_BE_REPLACED