What an amazing few months we have just lived through, so many sudden changes to adjust to. Changes that seem to have end of the church age significance. With the pandemic causing the closure of our church and with the pastor retiring and moving to Colorado our church has faced some very real challenges and changes.

Our church is meeting again under certain county medical guidelines. And praise the Lord our people are stepping up to new rolls. There is a good attitude among the people and we are enjoying guest speakers who preach from the Word. As president of the elder board I was leading the elders through the many changes. But I discovered this aging body could not handle the work load and stresses it used to take in stride. Thus, I had to step down from that position but am still serving in other ways and the new president often contacts me to bounce ideas off me.

With regard to the nursing home ministry I began the shutdown period (still in effect) by writing letters to the residents by hand to make the communication more personal. But I just could not write letters often enough in that manner. So, I turned to the computer which gives me the special ability of adding pictures of various kinds to the letters as well as cutting and pasting Scripture. I use pictures of Christ’s ministry as well as wildlife and flowers etc. to add to the resident’s enjoyment. The whole experience of the nursing home shutdown has been very hard on residents and staff alike.

One was a gentleman who lived across the street from us for many years. He had moved to an assisted living facility and his wife was put into the Goshen Care Center. She is still living. I visited her regularly when I was going to the nursing home but I do not write her. She has no capacity to read and neither could she understand if nursing home personnel read to her. Both of them were active in their church.

Another lady I have known for years passed away. She was well known for raising turkeys and was even given the opportunity to travel overseas to teach others techniques on raising turkeys. She professed to be a believer in Christ.

Another lady passed away with pancreatic cancer. Once it was discovered, she decided not to take any treatments. She faced her declining days with real faith, fortitude and peace. I could not visit her the last two months of her life but I expect she did very well to the end.

A lady in Mitchell Care Center Passed away. She was always reading from the Bible or a devotional book. Am sure she had peace in her end as well.

Another lady I have told you about in the Alzheimer’s unit laid on the couch in the large living room area. I would pull up a chair and talk to her even though she was asleep. Often, she would open her eyes to see who was talking to her and close her eyes again with no gesture of hello or anything. I then would explain what passages I would read and then read to her. I always used evangelistic passages telling her what she must believe and do the receive Christ. One day I asked her if she believed in Jesus as her Savior. She nodded yes.

Special thanks to each one of you for your continued prayers and giving. You enable us to continue serving the Lord. There isn’t anything else we would rather do.

April has been having hip and back pain. The Doctor is suspecting pinched nerves. An MRI indicates some bulging discs. But a visit to the spine specialist on June 24th revealed a vertebra that has slipped forward and is pinching the spinal cord. The result is the pain she is experiencing and the weakness in her legs which makes walking very limited. Surgery is required to realign and fuse the two vertebra causing the problem. Surgery is scheduled for July 29th. This will be the third major surgery on April’s spine in addition to the knee replacement a couple of years ago.

What in the world is happening in America? This may seem to be an over simplification but I want to comment on so much of the conflict in the world today. It is between two world views, Christian theology and cultural Marxist ideology which is now called “Critical Theory.” It goes something like this.

Christianity: Creation by God | Fall of and corruption of man | Redemption to eternal life by Christ |Restoration and freedom by following Christ.

These are two different and incompatible world views. One views God as the authority and the source of all morals. The other views man or the “power group” as the authority. One focuses on the created value, and guilt or innocence of the individual. The other focuses on the value, guilt, or innocence of the power group. Thus, when a white cop wrongly kills a black man the focus should be on the guilt of the one man, his arrest and trial as a criminal. But Critical Theory ideology assumes the whole power group (the police) is guilty. Therefore, riot, kill, defund, destroy the power group! The riots spread rapidly because the erroneous ideology was already believed by many.

The foundational lie is that man or power group of people is the authority not God. Thus, no sin is forbidden to reach the goal. However, the promised end of liberation is not freedom at all. It is slavery with an elite ruling class. This is played out in one Marxist revolution after another. If it succeeds it always ends in enslavement of the general population with the ruling class persecuting the Christians.

Again, this is an over simplification of the two world views in conflict. But I think it is clear enough to ask ourselves “what should we do?” Delight yourself in the Lord! Read Psalm 37 for perspective. Pray for our nation. Pray for our leaders 1 Tim. 2:1-5. Continue with the Lord’s work Matthew 28:18-20. Pray for all saints, Eph. 6:18. I believe time is short. Only what is done for Christ will last. May your day, every day count for eternity. 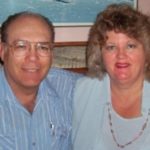 May God bless you with strength, grace and peace,
Wade and April